A friendly, helpful team in a family run practice established for over 82 years. With an average of 25 years of experience, you are in good hands.

From a routine check-up to cosmetic procedures, we offer all aspects of dentistry under one roof. We look forward to welcoming you.

All of our treatments are completely bespoke to your needs but one thing that remains consistent is our exceptional level of service.

We are a specialist referral practice for all oral surgery procedures. Over 400 patients are referred to us annually due to our high level of expertise.

Book an appointment time that suits you. Our opening hours include a late night opening on Thursdays until 7.30pm. 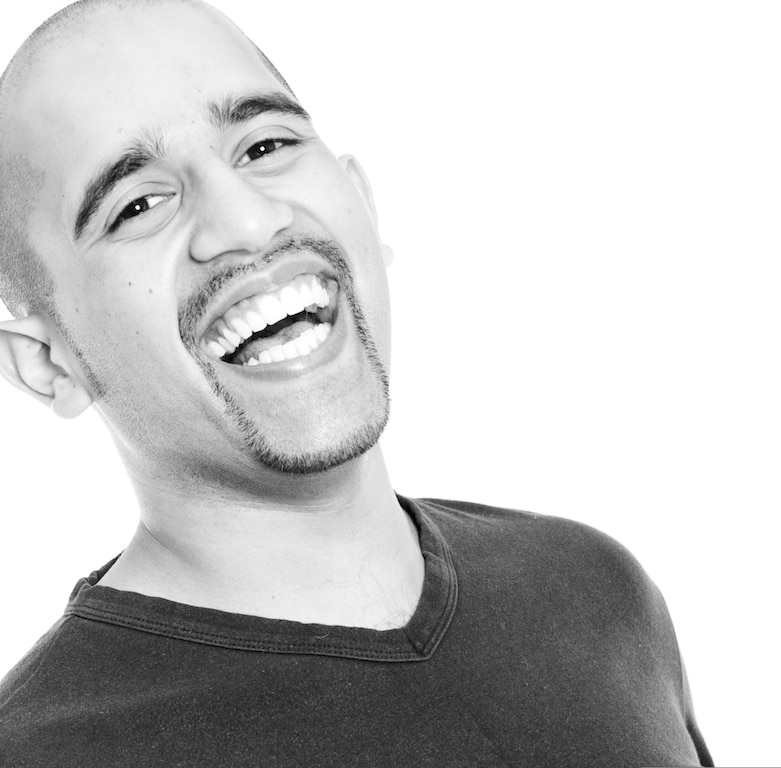 Dr Alif  Moosajee is the principal dentist at Oakdale Dental and is also the author of the book ‘The Smiling Dentist’. Alif really loves dentistry; he has a passion for it and often says that if it wasn’t his job it would be his hobby! Away from the practice he is a devoted father and husband and adores spending time with his wife and daughter playing and generally goofing around!!

Dr Alif  Moosajee is the principal dentist at Oakdale Dental and is also the author of the book ‘The Smiling Dentist’- a jargon-free book about clinical dentistry which was written to provide patients with the information they need to help keep their teeth healthy and also provide them with information to allow them to make better choices about the treatment they have.

Alif really loves dentistry, he has a passion for it and often says that if it wasn’t his job it would be his hobby! He has a particular interest in replacing missing teeth with dental implants and restoring broken down teeth using CEREC to provide crowns to patients in a single visit. Alif loves to do treatment that provides patients with the best outcomes and feels that dental implants and CEREC restorations give him the tools that enable him to provide restorations that most closely mimic natural teeth.

Alif spends much of his time dedicated to providing clinical care for his patients and running Oakdale Dental. He also makes appearances on BBC TV and Radio and on Channel 5 commenting on topical dental issues. He also continues to put pen to paper writing regularly for dental magazines ‘The Probe’ and ‘Dentistry’ and also Leicester-based publication ‘The Urban Fox’.

Alif is committed to improving patient care whether it be the patients he sees or by helping to educate other dentists so that they can improve standards of their own clinical care. Alif has set up and is the director of two study clubs at Oakdale Dental. Both of which invite other dentists to come and learn and also contribute, again to improve standards of care for all. Alif is a keen advocate for mentoring, especially in the field of implant dentistry, because he feels that mentoring helps dentists to become better, quicker. Especially with the more advanced aspects of dental treatment.

Away from the practice he is a devoted father and husband and adores spending time with his wife and daughter playing and generally goofing around!!

Core to Alif’s belief is that the patient should always come first. That is why he would be delighted to welcome you to Oakdale Dental so that he and his fantastic team can provide for you the best standard of care possible, and hopefully give you many reasons to smile. 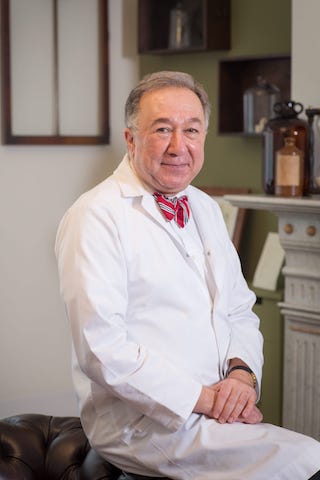 Dr Bayan Al-Sarraj is a qualified specialist oral surgeon and is on the General Dental Council’s specialist register. He joined the practice in 2004, and due to his speciality he takes on referrals for oral surgery procedures from other practices in the county on a private basis.

Dr Bayan Al Sarraj is a specialist dentist. He is an oral surgeon with a particular interest in placing and restoring dental implants.

Bayan did his specialist training when he worked in various hospitals and gained his FDSRCPS qualification from the Royal College of Physicians and Surgeons of Glasgow.

He takes referrals from other dentists for dentistry involving oral surgery and dental implants and undertakes approximately 400 of these more complex cases per year.

Bayan enjoys teaching, lecturing on his specialist topic and also mentoring younger dentists to help them acquire the skills to provide this type of dentistry. 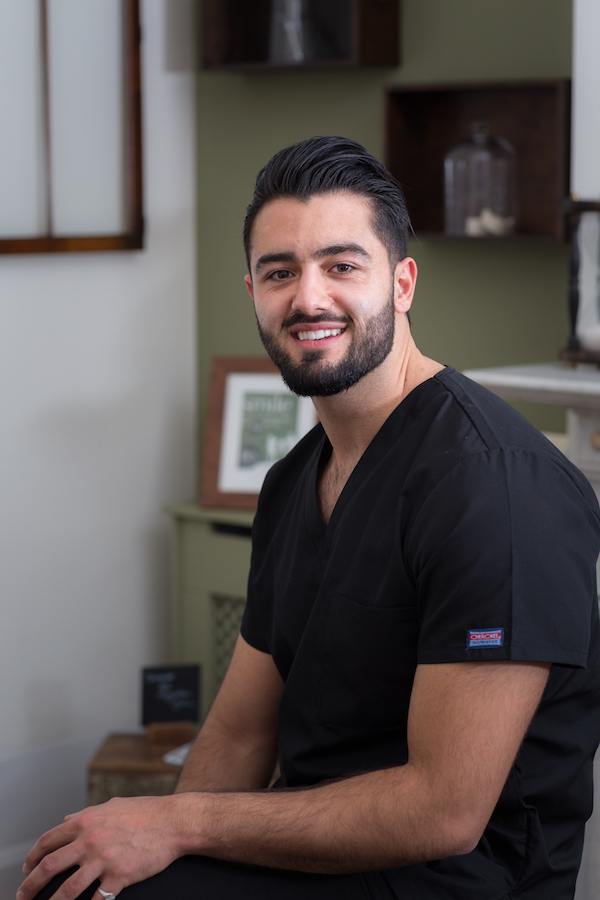 Josh is a really lovely guy who has a passion for dentistry and loves treating his patients. His passion and enthusiasm is infectious and it’s made him really popular in the practice with both the team and more importantly all of the patients he sees.

He has an ethos of caring for his patients in the same way that he would treat members of his own family. This is shown through his gentle, friendly and happy manner which makes him a wonderful choice for all patients but especially those who may be nervous or anxious about visiting us Josh loves being able to improve his patients’ smiles and has a special interest in moving teeth with invisible braces (Invisalign) and also using cutting-edge bonding techniques to enhance smiles in a very gentle and elegant way without having to drill and sacrifice healthy tooth.

Josh was born and raised in Leicester and loves being able to practice the dentistry he wants to do in the city that he loves. Away from work Josh is an avid footballer and is keen on both skiing and scuba-diving. Being of dual-heritage, Josh also has an affinity for travelling to different parts of the world to immerse himself in different cultures. 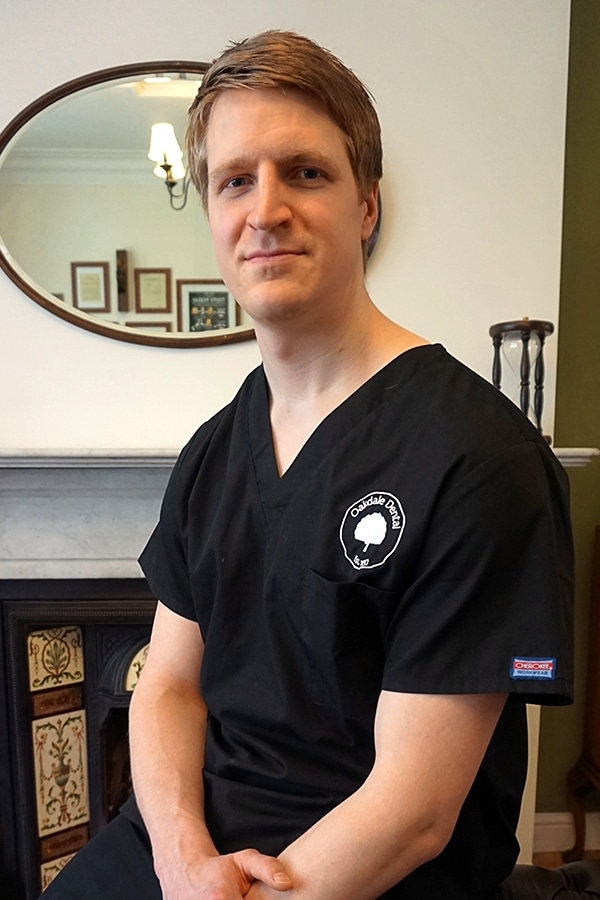 BDS Barts and The London School of Medicine and Dentistry.
GDC No: 195832

Neil qualified as a Dental Hygienist/Therapist from Barts and The London School of Medicine and Dentistry in 2010. Since then, Neil has worked with a wide variety and all ages of patients to optimise their oral health and aesthetics.

Neil is thorough in his approach to hygiene ensuring the best clinical outcomes but delivers this in a friendly and considerate manner as he knows teamwork is vital to maintain good oral health practices at home.

Neil is able to provide many different preventative and restorative treatments and continues to expand his skills and knowledge in these areas. Neil is always happy to answer any questions you may have and wants all patients to fully understand the benefits of their treatment.

Outside of Oakdale Dental Neil enjoys a range of sports and spending time with his young family.

Amazing team. In all of my years of visiting different dentists accross the area from a patient perspective: WOW this team are most certainly the very best in the business. I was made to feel so welcome after arriving very early for my appointment. Coffee or tea on tap, lovely friendly reception girls and a really kind gentle but thorough dentist and nurse. Looking forward to getting my crown replaced soon. Thankyou Alif and the team, for giving me back my smile. Would recommend to all, young, old and inbetweenies.

The practice was started prior to the Second World War in Sileby, Leicestershire by Kenneth Smith and William Sylvanus Jones who were the original partners. After the war they acquired premises at 23 Fosse Road Central and moved the practice there. The practice was called Smith & Jones at that time.

In 1952 they set up KA Smith & WS Jones Ltd as a Body Corporate, registered with the General Dental Council (GDC), and this Body was in partnership with the dentists until 1999 by which time it was one of only 27 remaining Body Corporates as after 1955 no new corporates could be established until the law changed in 2006.

In 1963 David Hern joined the partnership and 21 Fosse Road Central was bought and the practice expanded into the two houses. The practice became known as “Smith, Jones and Hern”.

They also established a branch practice in Syston at this time.

The practice established its own acrylic laboratory on the top floor of the building and this became an independent laboratory, Fosse Dental Laboratory round about 1976.

Ken Smith died at the end of 1971, creating a vacancy and Laurence Jacobs joined at the start of 1972, quickly followed by Paul Jolley as the practice grew. When they joined the partnership in 1975, the name changed once again and the practice was called “Smith, Jones, Hern, Jacobs and Jolley”. All the partners split their time between the Leicester and Syston practices.

Michael Seal joined the partnership in 1982 leading to yet another name change to “Smith, Jones, Hern, Jacobs, Jolley and Seal.

Bill Jones retired from the partnership in April 1987 after 50 years in practice.

David Hern retired in 1995 and the name changed to Oakdale Dental Practice this being the name of the house, number 23

The practice became a training practice in the Trent Vocational Training Scheme about 1985 and two of the early trainees Wendy Seaton and Liz Butters remained with the practice, firstly as associates and later, Liz became a partner in 2000.

Shortly after we were joined by Sarah May as an associate

The partnership of Jacobs, Jolley, Seal and Butters was dissolved in 2004 and Liz Butters took over Syston Dental Practice and moved there full time. Laurence Jacobs went into partnership with Bayan Al Saraj who took sole control of the practice when Laurence Jacobs retired in 2008.

We Offer Appointments To Suit You